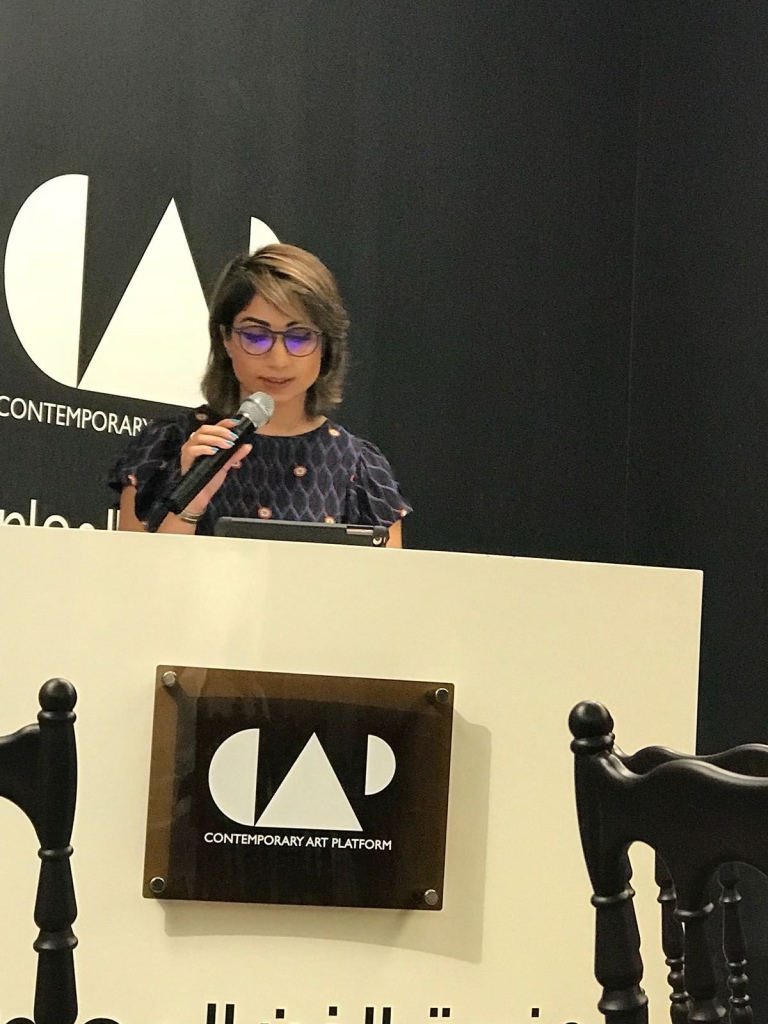 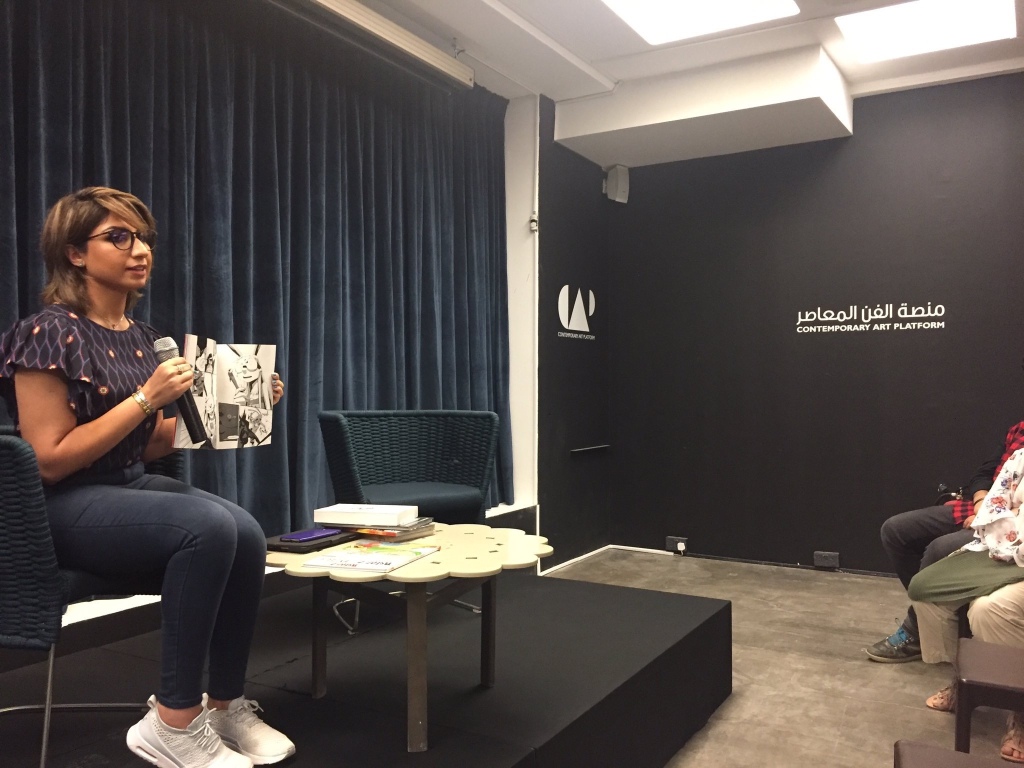 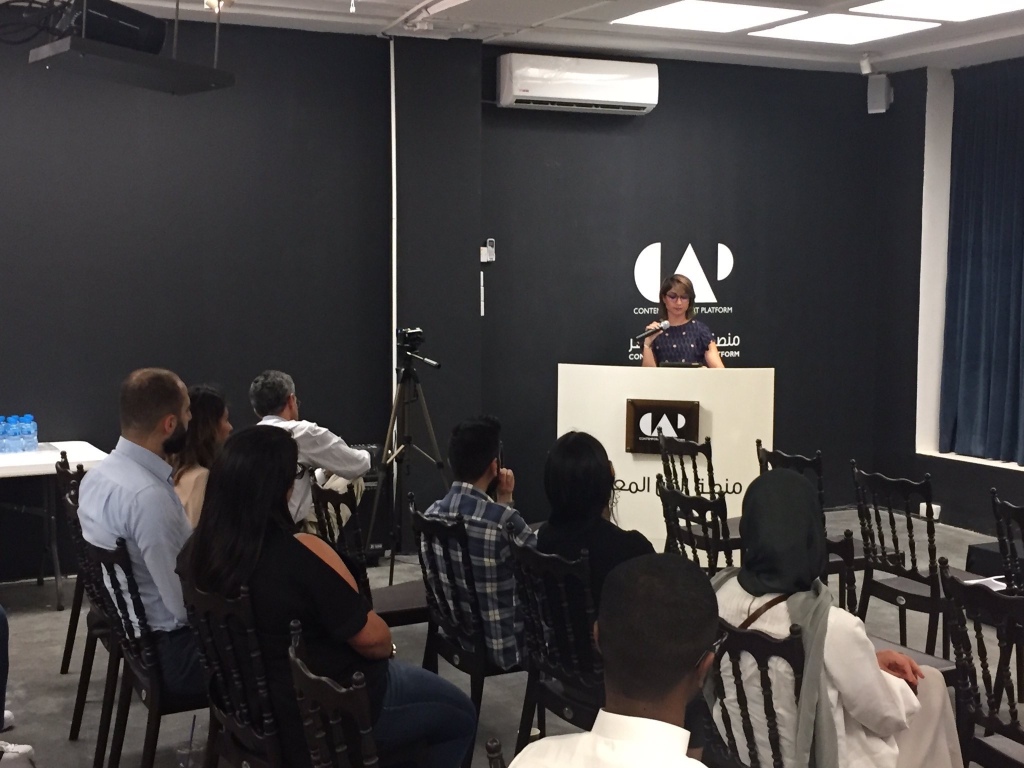 “I like nonsense, it wakes up the brain cells. Fantasy is a necessary ingredient in living.”
― Dr. Seuss

Humans by nature love to express themselves, they love using symbols, gestures and facial expressions to communicate with each other about how they feel and talk about what happens with them on a daily basis. With human development and the advances on the methods of knowledge sharing and language, humans have learned to search and adapt new skills in order to communicate better, whether by using new tools, new symbols or new signifiers, to convey their own version of the truth that they would like to share.

On the same perspective, language is seen as one of these tools. People usually communicate in ways that are most comfortable to them and on levels where they know the majority would understand.

Art, as a method of communication, has been in the process of development for ages. Since the caveman drawings until nowadays, humans use art to deliver a message on a universal scope. The type of communication is sometimes determined by the sender him/herself based on their thoughts and the best way to convey/ express them.

Our imagination and the environment we live in give us the inspiration on how to express ourselves. Portraying the world in cartoon style, as in comic books, tells us a lot about the artists’ imaginations. If a person just opens any random comic book, whether they’re interested in it or not, they would find something that grabs their attention- whether in a positive or a negative way. The ability to find different types of worldly and non-worldly elements all existing in one place is in itself an experience. I remember my first experience with reading a comic book, my first comic book collection consisted of Maya the Bee, Tin Tin, Mickey Mouse, Duck Tales. I remember the fun I had reading all of these and the new world I got to explore just from my own room. It made me think of this world’s possibilities and of what our imaginations are capable of, and immediately I have decided that I wanted to be an artist in order to produce things similar to what I was looking at, but instead, it would have to be my thoughts, my ideas and my artistic style. I believe that thousands of kids across the world agree with me.

When we ask ourselves as adults: why are we still interested in comic books or graphic novels, why do we even still love watching the old cartoons and keep up to date with our favorite superhero news? This question might be the best way to start this discussion.

What do comics have that other means of communication don’t?

In order to answer this question it is important to attempt to define what is ‘comic art’. According to Will Eisner, one of the well-establish comic art theorists defines “sequential art” as “the arrangement of pictures or images and words to narrate a story or dramatize an idea”, while Scott McCloud, another well-known theorist defines comics as a”juxtaposed pictorial and other images in deliberate sequence, intended to convey information and/or to produce an aesthetic response in the viewer”. The most important element in these two definitions is the emphasis on juxtaposing two different elements that are usually found segregated from one another. Also, the fact that comics, like any other form of communication or produced work of art, their main objective is to convey a message through a relationship that it establishes with the viewer. When it comes to meaning, that is a personal relationship between the viewer and the comic book, since the artist/ writer’s intended meaning could be different from what is interpreted by the viewer. One viewer could see one incident represented in a page of a comic book differently than another person, this is normal when it comes to art, but what is really interesting is that the interpretation process in reading drawn images and text together is a complex mental process used in decoding words and images together in relation to our ideologies, environment and backgrounds to come up with our own understanding of major things that worth pondering about.

Identity, suppression and a window of hope- Our emotions are not meant to be kept inside, neither our thoughts:

The process of creating art starts usually with the artist. The main reason for creating any piece of art is that what we call our “normal” ways of expression fail us in delivering our intended message. Using comic art in this case is what some artists see as the best way to deliver the intended message- either to express their resentment regarding certain regimes, or simply to complain about how dull their daily lives are.

When I decided to concentrate on the concept of identity in this argument I had a very good reason in mind. Let’s say we’re leafing through different types of comic books in a comic bookstore, or browsing online through social media websites, we notice that there is a variety of elements used for comics and they it just tells you how comics can be versatile. Starting from the style of drawing used, moving to the language, the aesthetics of the background, even the font used to convey a character’s way of speaking. All of these elements represent a certain identity.

Before going deeper into the artist’s identity and the psychology behind producing any comic, it is important to define what we mean by identity. Based on the Oxford dictionary, identity is defined as ‘the fact of being who or what a person or thing is,’ or the ‘characteristics determining’ who that person is. However, I prefer going a little deeper when it comes to defining this term since there are a lot of social and philosophical arguments made on what we mean by it. John Locke writes about ‘personal identity’ or the ‘self’ and defines it as a complex formation of our past and present established in our consciousness; ’conscious of pleasure and pain’. On the other hand, Nietzsche’s definition of identity based on oppositions, so he defines identity as something emerges out of difference.

In order to cover all aspects related to defining identity, it is better to refer to James D. Fearon’s conclusion on his paper “What is Identity? (As We Now Use the Word)”:

“Identity” refer[s] to either (a) a social category, defined by membership rules and (alleged) characteristic attributes or expected behaviors, or (b) socially distinguishing features that a person takes a special pride in or views as unchangeable but socially consequential (or (a) and (b) at once). In the latter sense, “identity” is modern formulation of dignity, pride, or honor that implicitly links these to social categories. This statement differs from and is more concrete than standard glosses offered by political scientists; I argue in addition that it allows us to better understand how “identity” can help explain political actions, and the meaning of claims such as “identities are socially constructed.”

Identities are who we are, and we have the freedom to represent ourselves using the medium we are most comfortable with, whether through social media, writing, drawing or even speaking. Our thoughts are our identity.

Representing our own versions of the truth:

Every writer/ artist uses his/her conscience and other world elements to represent ideas that they believe are pillars for their morals and principles. After reading about different writers and artists for a long period of time, I can conclude that truth in comics can be represented in three different types:

For the creators, it is usually about the big picture and about greater themes that usually defines thet one of the story. For example, Neil Gaiman declares that the common theme in all of his works concentrate on the concept of escapism and he believes that sometimes we all need to escape somewhere, either to protect ourselves from something or to find new opportunities in a new place:

‘Beneath the everyday, below the skin of the humdrum, is a dark otherworld and ordinary people—lost, lonely people—can find their way there if they are very brave or very lucky.’

I believe that what makes Gaiman’s work and other works stand is related to:

‘the 1990s and 2000s: a time when people were allowed to dream about having different lives but not about how to change their own. Those were years when young people needed stories to help them survive. We still do.’ (Neil Gaiman).

Sometimes, reading is not only for entertainment or just to learn facts. Sometimes it’s a way more than that, it is to provide enough material for our imaginations to be able to dream of a better world for us. In our region especially, in this country specifically. I have dedicated this part to discuss truth because it is a word that is taken very seriously here. Everyone wants to know the truth but what is interesting is that people only want to hear their own versions and nobody else’s. We are led to believe in this binary way of thinking: that truth is singular, thus, it cannot be plural.

How many times have we heard about multiple truths all existing in the same place?

Of course, when I talk about comics I don’t only mean comics about superheroes, but I have to focus on superhero comics because they represent what I think is essential in studying comics, most importantly when discussing identities and representations of our reality, simply because superhero comics were a main part of the golden age of comic book history.

So, the question is: why are superheroes so popular nowadays? Is it because there’s really nothing better to talk about or read about? Not really, but Grant Morrison believes that the superheroes fandom was established on the fact that we, as individuals, are suffering from a lot of issues and problems in our daily lives, whether it’s related to politics, relationships, power, etc. Morrison states in his ‘Introduction’ in Supergods that we see those superheroes as ‘optimistic images’. They are our representations of the the solutions that we seek for our lives, the elements that give us hope and reason to go on; to fight the bad behavior and to have a purpose for living. In addition to that, on a much smaller scale, we see bits of ourselves represented in these heroes, in their imperfections, family issues, insecurities, and much more.

Every time I read what Morrison wrote about our search of ‘utopian role models’ within the comics that we read, I immediately build a connection between our most favorite superheroes and Nietzsche’s concept of the super human. It is all about having a set of rules and principles to guide our lives, and to draw ourselves a guide that would enable us to become better in order to make the world a better place for us and the generations to come. It is like the ability to fly, perhaps it is difficult for us to fly on our own, but believing in its possibility gives us a chance to dream and fly with our imagination far enough from the depressing cliches and the packaged standards that we are supposed to live by.